Long before Queens’ College Cambridge became a venue for weddings, conferences and banquets, the College was of course and still is a world leading institution accomodating students from around the world.

Over the years the buildings and their uses have changed, portraying a sense of history and tradition that you can be part of. Each building displays its heritage proudly and proclaims its age. The older buildings date from as far back as the 15th Century, while the 20th Century buildings are clearly modern rather than built to look old.

The College was founded by two Queens of England — first in 1448 by Margaret of Anjou (daughter of Duke René of Anjou), wife of King Henry VI of England (the founder of King’s College Cambridge), and secondly in 1465 by Elizabeth Woodville, wife of King Edward IV of England. Pictured right 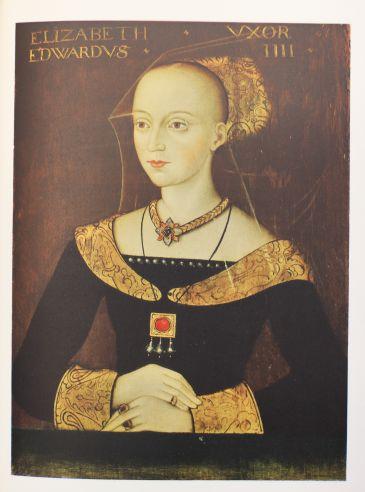 You'll find their portraits and their coat of arms around College

15th Century In 1448, work began to erect the Old Court – the first buildings of the newly chartered Queen’s College. The Queen in question was Queen Margaret of Angou. The Old Hall, Old Kitchens, the Munro Room and the Erasmus Room all date from this time. Further buildings were added during the rest of the 15th Century and in 1475 King Edward IV’s queen, Elizabeth Woodville refounded the college, giving it the patronage of two queens.

16th Century The site west of the River Cam was laid to gardens and a bridge was erected over the river. There was further development on the original site. This was when the Fellow’s Garden (now Erasmus Lawn) was laid out.

17th Century In 1642 the sundial was installed in Old Court and 1685 saw major repairs and renovations to Old Court buildings. In 1686 new panelling was added to the Senior Combination room.

18th Century The original oak panelling in Old Hall was replaced by the decorated panelling in the early 1730s. In 1749-50 a wooden bridge was constructed on the site of today’s Mathematical Bridge and shortly after, the first, 16th Century bridge was removed.

19th Century Stained glass was installed in the Senior Combination room and there were significant alterations to what is now the Munro room in 1840. During the 1850s, the windows in the Old Hall were raised and given new stained glass and the Hall was given a new fireplace and a tiled floor.

20th Century In the early part of the century the wooden bridge was completely rebuilt (1905), the rafters in the Senior Combination room ceiling were exposed and the paint on the oak panelling was removed. In 1936 squash courts were built and the stables were converted into Fitzpatrick Hall, later demolished and rebuilt in 1989.

The second half of the 20th Century saw the construction of the Erasmus building with further accommodation around Cripps Court added from 1974. Cripps Hall opened in 1979 and the Angevin room in 1983.